An excerpt from Learning Strategies For Musical Success (2nd Edition) 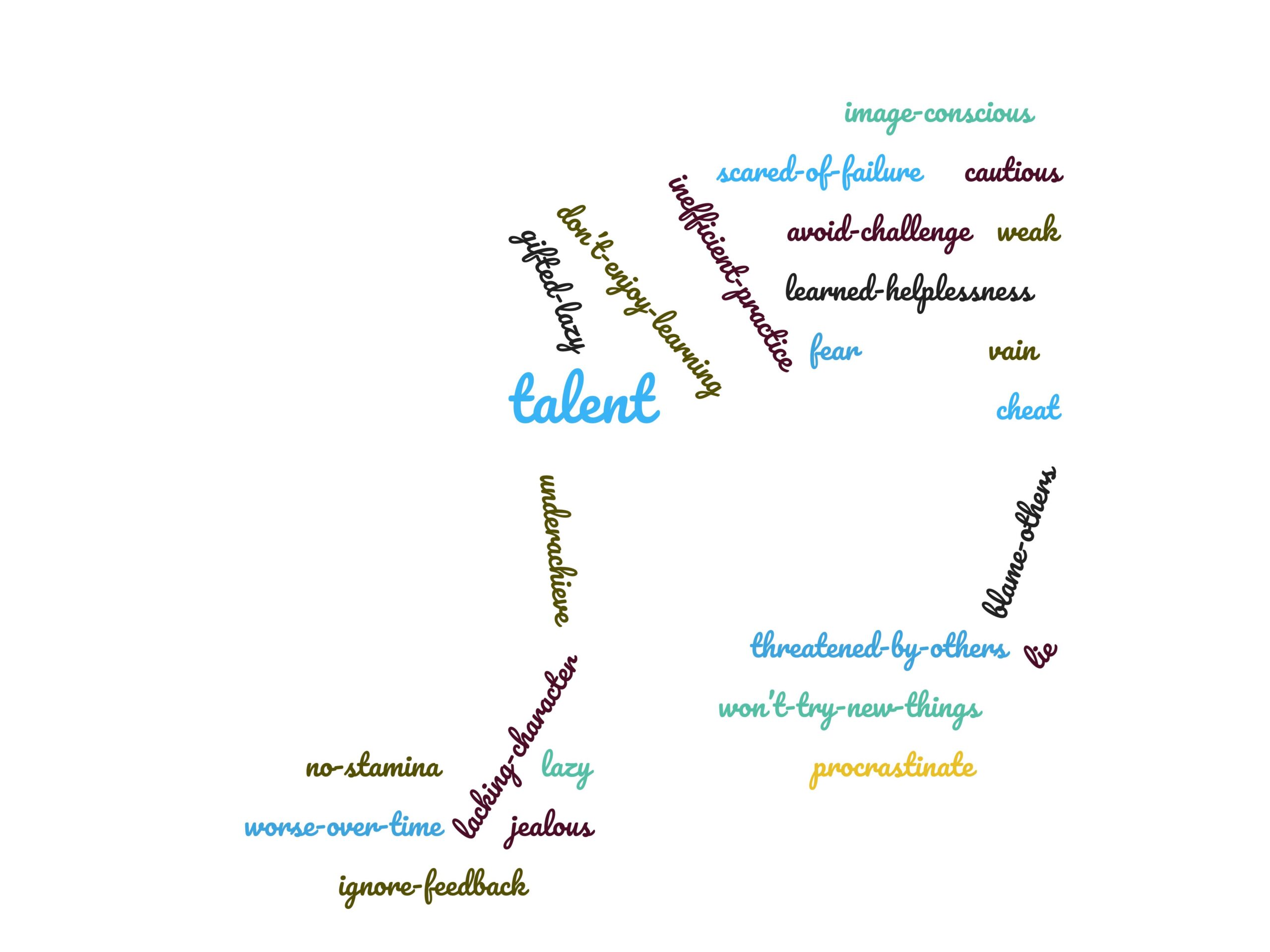 Prince, what you are you are by accident of birth; what I am, I am through my own efforts. There have been thousands of princes and will be thousands more, but there is only one Beethoven!

Ludwig van Beethoven scoffed at those who based their sense of worth on birth right. In his view, achievement and success were the result of effort and perseverance. But the majority opinion – even 75% of music educators – subscribe to a theory that superior achievement in music is part of a genetic endowment. Most will put that it must also include hard work, opportunities, parental encouragement and so forth, but not without the X factor, a natural, unbidden genetic talent, essential for expert achievement. Logically, knowledge and ability can only derive from genetic endowment or living experience, so it must be one or the other, or the each-way-bet combination theory. The Human Genome Project was the world’s largest international biological project. The prior assumption was that variant genes that determined human abilities and characteristics would be discovered, and that human complexity would necessitate a genome consisting of more than 100,000 genes. From 1990 till 2003 the HGP worked to identify and map the genome. What was the result? It found that humans have 99.9% identical genetic structure among just 22,300 genes. The project did not find variant genes associated with intelligence, exceptional performance, or special musical ability. Long-held assumptions about genetic determinism have not been supported by evidence.

Except for height, there is no firm empirical evidence for innate talent influencing expert performance. The real key to understanding expert and exceptional performance is in the motivational factors that lead a small number of individuals to maintain the effortful pursuit of their best performance during their productive career, when most other individuals have settled for a merely acceptable level. – K Anders Ericsson

This is the challenge for talent theorists. Talent genes may well be discovered in the future but if they do not exist, then where does musicality emanate? From the Ancient World through the Renaissance, artistic skill was viewed as an intuitive gift rather than the result of effort. Even today, musical ability is more often considered innately derived than any other ability or human faculty. This is the elephant in the music education classroom. We must get to the truth of this because of the colossal implications on generations of future music makers. Ignorance is not a point of view.

With talent theory, some lucky individuals win the genetic lottery. They are born with musical talent and fortunate circumstances allow them to find opportunities to nurture this gift early in their lives. So-called evidence for this is anecdotal and stories of exceptional prodigies abound. How, for example, could Mozart’s precocity be explained in any other way? Mozart’s musical feats can be explained rationally. Like all great composers, his biography reveals substantial and sustained early training, supported by family and tutors. It is difficult to separate fact from fiction 230 years after the event, but we do know that Mozart was immersed in a concentrated musical environment from his earliest days. His father, Leopold, was an excellent music educator. He wrote the first ever book on musical training for children. Leopold devoted his life to teach his son, working with him full time from the age of four, and took every opportunity to promote Wolfgang’s musical ability. Camille Saint-Saens says, “History is made up of what probably happened; mythology of what probably did not happen. There are myths in history and history in myths”. Stories such as that of two-year-old Wolfgang identifying the sound of pig squeals as G-sharp should be taken with a grain of salt, as they were most likely spawned by his father, who was not always honest in relation to his son where music was concerned. Leopold was known to subtract a year from the ages of his children, Wolfgang and Nannerl, when advertising their performances (According to Christopher Headington, in Western Music Beethoven’s father did the same!) Leopold was a smart operator. He knew that lowering his children’s ages would augment their appeal and perhaps enhance his own reputation as a teacher. There is nothing unusual about parents embellishing facts to help their children get noticed. A closer inspection of Mozart’s childhood compositions indicates assistance from his father, as well as themes borrowed from Johann Christian Bach, with whom Mozart collaborated in London at the age of nine. Imitation is a healthy and natural part of the learning process, and lying about a child’s age does not detract from the evident skill. But it does skew the picture. The possibility that Mozart’s great desire to make music was rooted in pre-birth fortune cannot be ruled out, but his early musical environment was encouraging and inspiring. Having a great passion for music—and a supportive if overbearing, micro-managing and opportunistic father—led him to take advantage of his opportunities and to practise for several hours a day from the age of two. In Genius Explained, Michael Howe estimates that Mozart accrued about 3,500 hours of practice by age six, reaching an accumulated practice figure of 10,000 hours by the age of eight.

In every case, identifying talent is retrospective, and the emergence of prodigious skill follows rather than precedes unique opportunity and substantial work. In the investigation of superior achievement, precocity is the result of early childhood experiences, parental support, a young starting age, training, practice hours, habits, metacognitive skills, and opportunity. What distinguishes prodigies is the fact that they are constantly compared with children their own age, rather than with others who have accrued similar quantities of practice hours, similar opportunities, and family support.

Stanford University professor Carol Dweck predicts developmental problems for students praised for innate talent rather than effort. Dweck’s research, as documented in her book Mindset: The New Psychology of Success, presents a strong case that a focus on genetic gift can lead to a poor work ethic. Children with this fixed-intelligence mindset get the impression that because they have natural ability, they do not need to work as hard as normal children. People identified as naturally talented or gifted can be protective of their special labels and tend to avoid challenges or risks that might lead to failure. A desire to look smart and prove their intelligence, at the expense of improving it, must be preserved at all costs. This mindset is more likely to hide rather than correct mistakes, and following a setback, is less persistent when compared with growth-mindset individuals. Hence the typical combination emerges: gifted and lazy. If one does not try very hard, one keeps the special tag. If I try my best and still fail – disaster! On the other hand, people who believe their intelligence is a potential to be developed through effort are less worried about short-term mistakes, difficulties, and failures. They view these events as an essential part of the learning process. People with this growth-intelligence mindset tend to reach higher levels of achievement and enjoy the learning challenges inherent in the process. The advantage of the growth-mindset is not just about learning how to succeed but about learning how to persevere when one fails.

To prove or improve my intelligence; that is the mindset question!

Given the lack of evidence for natural talent, and the clear evidence of a whole range of mindset and learning issues for those who attribute their achievement to it, one wonders why people so desperately want to maintain an allegiance to talent theory. An external attribution of immutable talent creates an excuse for failing, reducing parent, teacher, and student responsibility. It can be used to excuse lack of effort and quitting. “He tried it, but gave it away because he just isn’t musical (we could tell because he found it difficult)” as opposed to a healthier “he gave it away because he’d rather invest his time and effort in interests that lay elsewhere”.

A fixed-intelligence mindset stifles progress and leads to underachievement, lower practice motivation, and ineffective practice strategies. It suffocates a growth disposition, inducing learned helplessness. Belief in talent acts as a barrier to further attempt but a growth mindset provides hope; the musicians who end up being brilliant and expert are those who work the hardest and the smartest. This is the level playing field. The ability to make music is a unique feature of our humanity. Everyone can learn to play music. Our greatest gift is our capacity to learn. “We are born to learn,” said Aristotle, and this includes learning music. Quantities of quality practice can transform a person of seemingly average aptitude into a much improved and possibly outstanding performer. We must debunk the elitist myth and adult superstition that musical talent is a gift bestowed upon some chosen few, because generations of future music learners face the consequences. I am without this ‘gift’ so I don’t try. The respect afforded music education – and the numbers undertaking music in schools, will not improve until the misconception of a talent requirement is corrected.

Michael Griffin is an educator, speaker, and author of of eight books including ‘Learning Strategies for Musical Success’. A professional development provider, live and online-on-demand courses include Teaching for Metacognition, Growth Mindset: Improving Teaching and learning, and Teaching Musical Skill.