Are Pianists the Super-Athletes of the World? 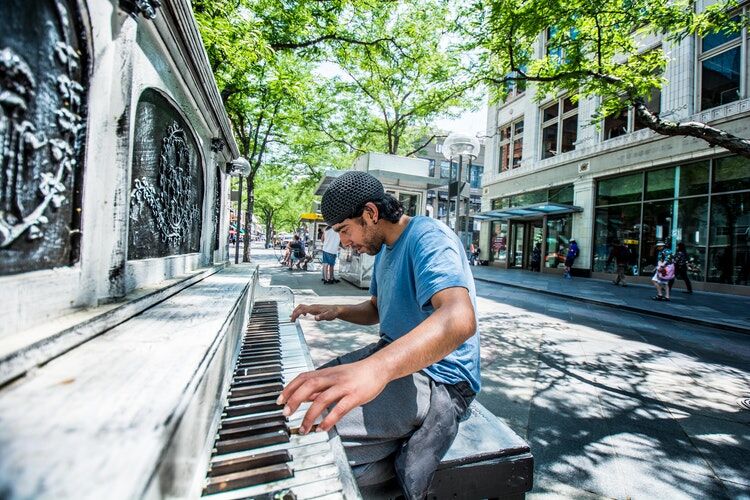 from Learning Strategies for Musical Success
Physiologist Homer Smith cites skilled piano playing as one of the pinnacles of human achievement because of the “demanding muscle coordination of the fingers, which require a precise execution of fast and complex physical movements”. This remarkable human ability provides an insight into the power of the brain.

Consider Frédéric Chopin’s popular but challenging Fantaisie-Impromptu. This work requires playing approximately nineteen notes per second. The performer must learn these notes to such an extent that conscious attention to them is virtually no longer necessary. This is the aim of any playing of music—to render the technical demand to an almost unconscious level. Daniel Levitin says, “Plain old memorization is what musicians do when they learn the muscle movements in order to play a particular piece”. Much of this repetitive practice routine is more or less an algorithmic task. There’s nothing particularly creative about learning the motor mechanics of a phrase; if you repeat an action in a certain manner and for a sustained period of time, the brain faithfully will learn, and the muscles will obey. I don’t mean to underestimate the physical demands of playing nineteen notes per second on the piano. Each finger requires at least two vertical movements as well as lateral ones. Each finger movement involves all three joints, and even motionless fingers are tensed, ready for action. Performing approximately 380 distinct motor actions per second, a skilled pianist can do all of this and still focus on the musicality of the work. This muscle count is calculated before we even get started on other muscular systems in the hands, arms, and shoulders. Further, each note must be timed and executed with an individual’s interpretative judgment, and when notes are played simultaneously, the fingers must differentiate volume levels for acoustic mixing of treble and bass, sometimes accentuating an inner melody. As if this were not enough, Fantaisie-Impromptu requires the mastering of polyrhythmic demands, meaning two rhythms occur simultaneously. Almost every bar requires the right-hand to play sixteen notes against the left-hand twelve. This is a far cry from ‘Rub your tummy while patting your head.’ Fantaisie-Impromptu is difficult but not as fearsome as some pieces in the literature of piano music. More complicated works have passages that require up to thirty notes or about six hundred muscle movements, per second, although this does seem to be the upper limit for muscle coordination. When it comes to complex muscle coordination, musicians – not footballers are the super athletes of the world!